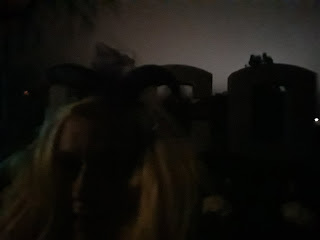 Well,  I arrived at the college.  At the behest of my correspondant, I stood in front of a large sign and waved at traffic.   As you can see in the first ever pic I've posted of myself, it was a huge moment.  Funny story: a gust of wind did blow the jester cap headband off me, and I felt like such a little silly thing, trying to keep my skirts down with one hand, while chasing my headband with the other, all worried about slipping.

Then I parked in the garage and walked to the campus center, which would be the keystone of this Halloween.  Two things happened here: the wind got worse, and I got lost.  I thought I had remembered the path to the student center from the map, but I was soon finding myself turned around in the business school, and heading in the wrong direction.   Had to look it up on the phone...I wasn't playing at being a ditz, I was one it turned out.  So I'm walking in the dark, jingling along, looking for where I have to go.    Eventually I do find it, and will always remember going down the outdoor stairs to the cafe area that faces floor to ceiling windows, very aware that the top my tights and panties were exposed to any of the dozen or so students lounging there who might want to look out the window.  Maybe someone did.

It was then about 20 minutes of walking the length of the student union, getting a bit lost, taking a selfie.  I did have one woman pass me saying "you're dead...just deceased." which....might be a compliment?   Not really sure.  I am sure though, that I did hear a peal of laughter in one common room, and a somewhat loud "Oh my god!"  That might have been related to me, or not.

The wolf whistle I got as I went up the stairs toward the exit was aimed at me, I 'm sure.  First I've gotten in a while.  So much that it kind of discombobulated me, and I didn't notice a step, and barely kept my balance going back outside.  The hair in my wig was now in my hair and I literally had to stop a moment to wait for it to calm down.   On the walk back to the garage, I did see a squad of some 6 girls in matching sparkly skirts (that I took to be a group costume) loudly react, and I think it was to me.  If only I'd been on the same sidewalk.  Things have changed...I believe that a couple people might have interpreted my costume as a slight against trans people maybe?  Tough to keep track of that many ways that values change on a college campus.

Well, I walked a bit around downtown and a got a few more looks.  No great reactions though, and my toes were really sore from the too-small shoes.  And the too-small wig.   So it was time to start heading back.

Making 3 more stops on the way, of course.  More about that on Monday.

A final note: it was nice to see quite few costumes on campus that were cute...one little Buzz Lightyear costume, a couple aliens showing a lot of skin.  Not as much of the scary, bloody makeup I see online...Halloween is for being cute, not showing off how you can do spooky makeup.

Swim for the Boys! 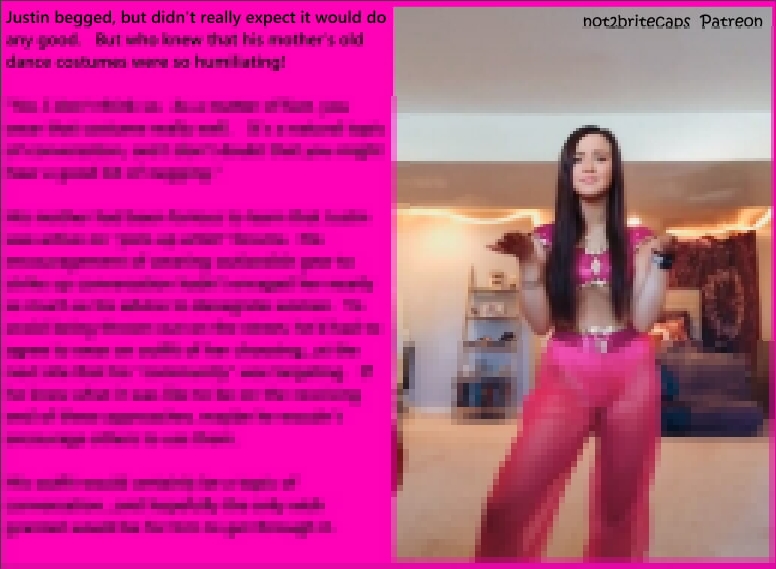 Monthly reminder....no, not that one.

Readers, If you have some spare change and can't get enough of my captions - or want to read some exclusive fiction or even have captions done expressly for you, check out my Patreon page. Your support is always appreciated!

But if you're looking down here, I'll give you a couple classic caps from deep in the vault! 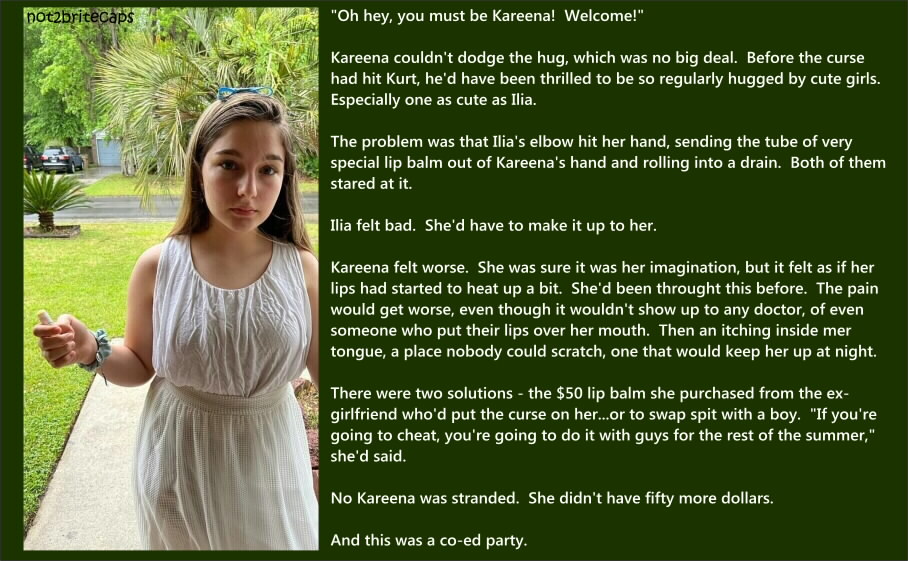 And this concludes an impromptu magic week. Hope you enjoyed! 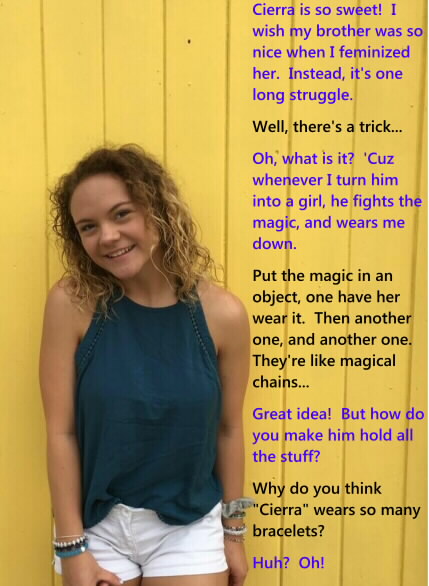 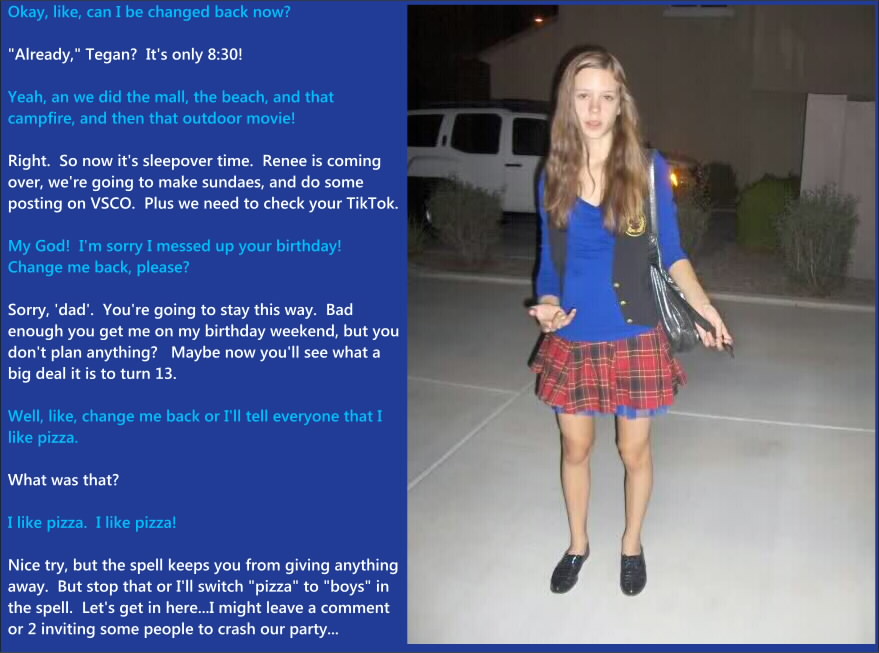